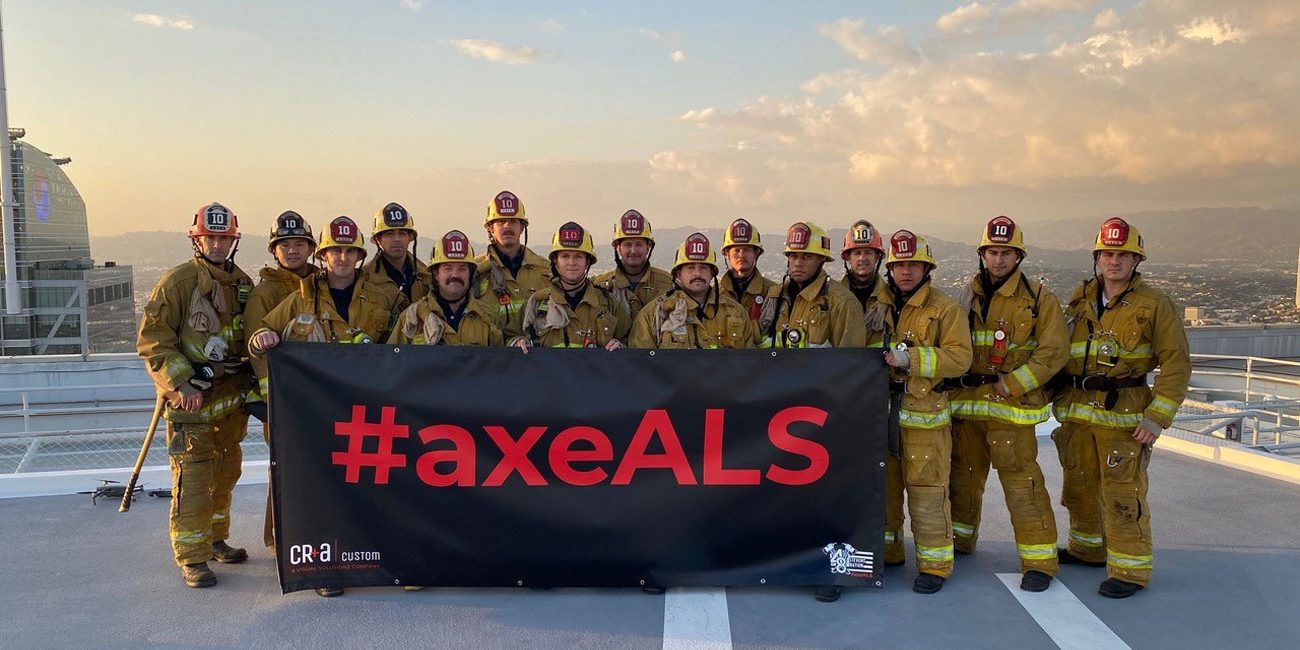 At CRA Custom, we believe in the power of being together and joining a great cause, which is why we decided to collaborate with the Los Angeles Fire Department by donating a banner for Ex-NFL Star Eric Stevens. Stevens has just been diagnosed with ALS, which is a fatal neuromuscular disease that rapidly renders those fighting it becoming unable to speak, eat, and even breathe on their own.

Besides being a fatal disease, ALS is also a very expensive disease to fight, and according to the Huffington Post, patients spend $300,000 a year in order to stay alive. In order to help Eric, the Los Angeles Fire Department recently launched a fundraiser for him, and under the #axeALS, the campaign aims at gathering proceeds that will go towards Stevens’s treatment and care. The LAFD campaign also wants to help raise awareness of ALS, so that more people can learn about it.

The battle against ALS is quite challenging, as there is no cure for it, and current treatment only extends life expectancy by a few months. After the time of diagnosis, life expectancy is between two to five years. However, paralysis comes sooner than that, which makes the urge for a cure and better treatment of utter importance. Existing drugs are currently in clinical trials, including a stem cell-based treatment called NurOwn, and are showing great potential to stabilize the progression of ALS.

Eric first noticed something was off last March when his left hand felt suddenly weak, and his arm muscles started twitching. Being an Ex-NFL star, his first guess was an old football injury showing some left-over signs. Then he thought it might be something related to work, since he joined the LAFD in 2015, after spending 2 years working with the St. Louis Rams as a free agent. When things started getting worse, he did some research on his symptoms and started fearing the worst. However, he decided to wait until after his wedding and honeymoon in July, to share the news with his family.

As a result of his ongoing battle, the “Team Stevens Nation” campaigns have sprouted in social media, and photos of supporters holding #axeALS banners have become the tagline of the cause. In order to join the cause, and to show Eric our endless support, CRA custom donated a banner to the LAFD showing the campaign tagline. However, there is much you can do to help Eric get the treatment and care he needs.

If you want to support the Stevens family, go to the Support LAFD campaign website, and follow the Team Stevens Nation Facebook page and Instagram profile. Remember that all donations will be used to get treatment and care for Eric. Become a part of the team, and support Eric in this battle by learning about his journey and advocate for early access to drugs and treatments for patients of ALS.

How To Create a Show-Stopping Christmas Window Display
November 3, 2022

Can Vinyl Banners Get Wet? and Other Common Questions About Vinyl Banners
October 25, 2022
Go to Top
GET A QUOTE TODAY!