Wallpaper Can Be a Smart Branding Device 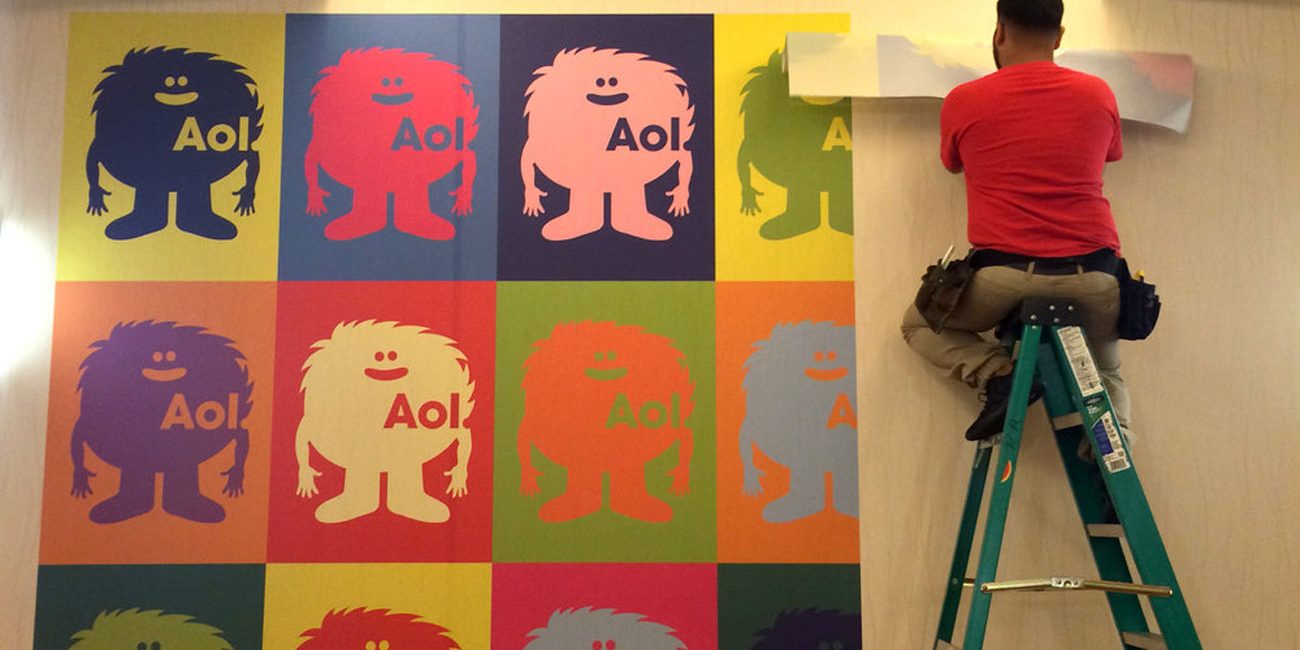 When it comes to visual design, you should strive to surprise. This can be achieved in a number of ways, but one of the most effective devices consists in advertising on unexpected objects or spaces, such as wallpaper, which is typically associated with domestic life.

Surprising the viewer by using unusual surfaces will make your brand memorable. Besides, it will let your potential customers know that your company is innovative and loves thinking out of the box.

Wallpaper has a noble history in visual design, but its potential as an advertising and branding medium shouldn’t be overlooked.

The idea of applying some form of paper to a wall is as old as paper itself, so it’s difficult to know who was the person who first came up with the idea.

What we know is that wallpaper made its way to Europe in the 15th century. Almost immediately, it became a popular way of adding new dimensions to what used to be a visually boring room. The desire to create an illusion of depth led to the adoption of panorama wallpapers, which also reflected the intellectual ambition of the homeowners.

The innovations of the Industrial Revolution helped wallpaper fulfill all its visual potential, although the results sometimes were deemed garish. In fact, wallpaper was often used as a symbol of conceit and deceit in literary works produced during the 19th century.

Wallpaper was approached in a more utilitarian way during the early 20th century, but it made a stunning comeback during the 1960’s and 1970’s

Thanks to its potential to cover ample surfaces and its tendency to repeat patterns, wallpaper became a darling of visual designers during the 1960’s. Bold and sometimes over-the-top, wallpaper brought a bit of psychedelic flair to households all around the world.

With its long history and its association with bold design that conjures up the fearlessness of the 1960’s, it was only a matter of time for wallpaper to be used as an advertising medium. Nowadays, wallpaper is one of the tools available to those who want to strengthen the presence of their brand.

By using wallpaper as an advertising device, your brand can convey a fun, daring image. Whether it’s just a wink or a bold statement taking up entire walls, you can be sure the viewers will remember your message.

Our experts at CR+A Custom have the know-how to find the right way to surprise your potential customers with smart visual solutions such as decor and wallpaper, out-of-home advertising, banners, barricades, experiential design and more.

Contact us today by telephone (213-749-4440), email (info@cracustom.com) or through our social media accounts to learn more about the ways we can help your company turn as-yet-unseen challenges into viable opportunities.