.Paak House in the Park – An Interactive Experience Fostering the Arts 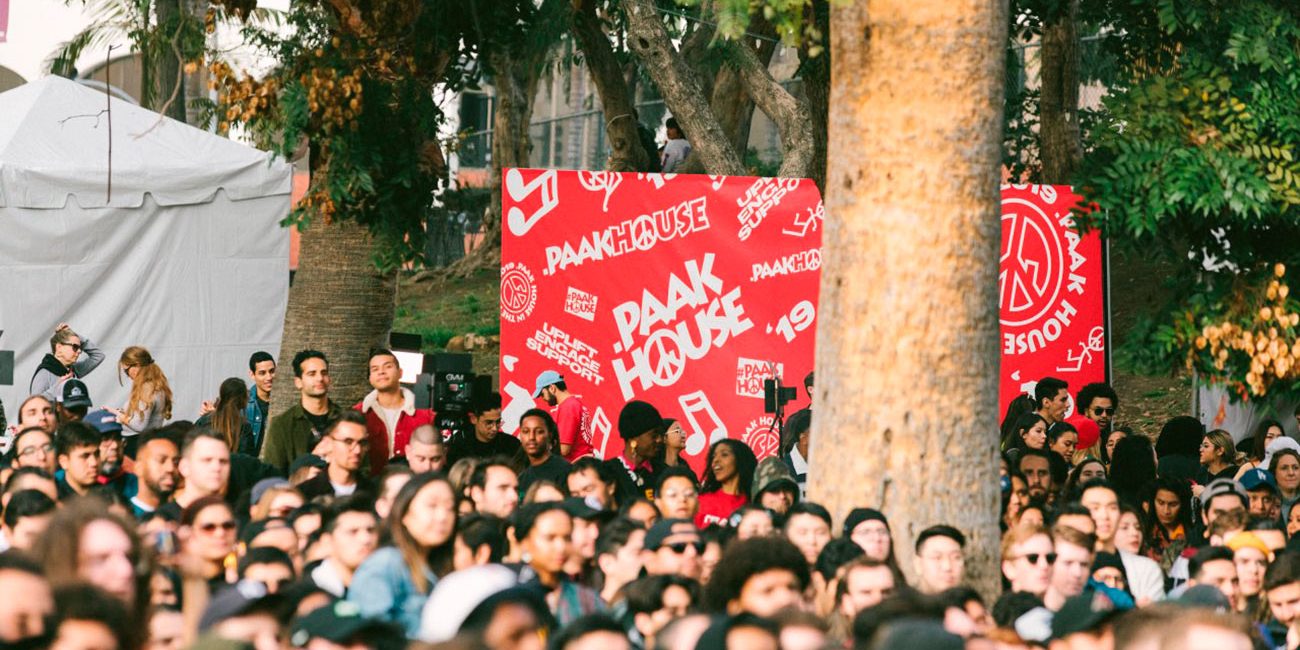 Last month, we had the amazing opportunity to collaborate with Anderson .Paak, a popular hip-hop artist from L.A. Surrounded by street art, sculptures, and photography exhibitions, the .Paak House in the Park festival gathered several artists, featured music performances, food, games, and giveaways for a great cause.

This festival aims at giving inner-city communities close exposure to the arts, spotlighting several initiatives and local talents. We had the chance to be a part of this amazing cause by donating plenty of signage that enhanced the experience of those who attended the event.

This is the third annual .Paak House in the Park and last year’s edition drew more than 4,000 people and raised $155,000 alone. The amazing event took place at MacArthur Park, in LA, and was meant to work as a support to the Brandon Anderson Foundation, an organization with the belief that everyone deserves the chance of pursuing their dreams, bringing support to those interested in the arts.

The focus of the festival was to bring children and teens close to the arts and were greeted by .Paak upon their arrival. They were also exposed to a unique and engaging gallery experience, featuring street art of the biggest names in the graffiti community.

There were several hands-on workshops and activities with street artist Slick. Besides, each student received a jacket sponsored by Levi’s, Beats by Dre headphones, Netflix subscriptions, .Paak House T-shirts, and artistry tools for them to exploit their talents and creativity.

In an interview for the Los Angeles Times, Anderson .Paak noted that one of his priorities is taking the time to give back to the community as often as possible, especially with communities that tend to get overlooked. He also mentioned that it is important to take every opportunity he can to play for free, as people with lower incomes can’t be exposed to world-class shows, and they shouldn’t have to miss that.

For residents, having the chance to bring their children and families to this kind of event was a great opportunity, as some mentioned that free events at parks simply don’t happen anymore. Both the energy and the atmosphere that an event like this can generate is different, and attendees mentioned that the family love that was felt was unlike any other event.

It was a great pleasure for everybody at CR+A Custom to have the opportunity to be part of this amazing event. We donated signage, creating an experiential and interactive adventure to the thousands of people that attended the festival. Besides, we can also join the cause and help .Paak House bring hundreds of kids a step closer to pursuing their dreams. If you want to learn more about the Brandon Anderson Foundation and the .Paak House in the Park event, go to their website or follow them on social media.

What Are Retractable Banners?
January 3, 2023

4 Reasons to Use Holiday Seasonal Prints To Decorate Your Home
December 15, 2022

Can You Wax a Wrapped Car? and Other Common Questions About Car Wraps
December 12, 2022

Go to Top
GET A QUOTE TODAY!