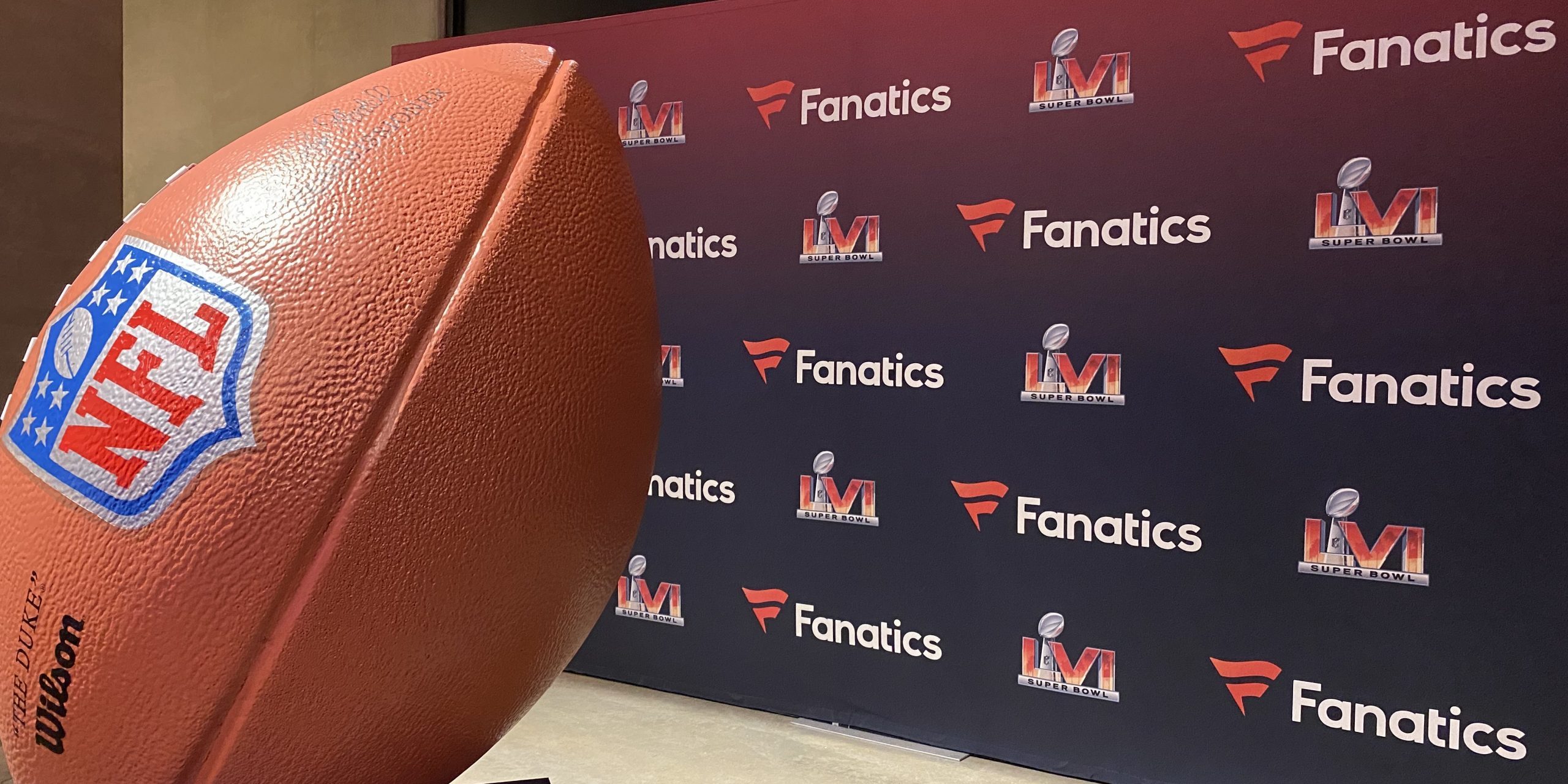 The Rams weren’t the only LA team to score a big win at the Super Bowl LVI last Sunday. CR&A Custom showed once more that they can deliver when the lights get brighter.

As part of the Business Connect program, CR&A Custom was chosen by Bluemedia, the Super Bowl official printer, to create some of the graphics to promote the game, including posters and banners.

The graphics were seen around the city and at The Fanatics Super Bowl Party, and became an integral part of the atmosphere surrounding the event.

CR&A’s involvement in the big game was featured on Spectrum News 1 SoCal as part of their Super Bowl coverage.

“Anyone who’s able to put their name next to such a big profile name such as the Super Bowl or the NFL is very, very fortunate to have an opportunity, so I’m thankful,” said Carmen Rad, founder and president of CR&A Custom.

The Super Bowl is the most watched TV event in the U.S., with companies paying as much as $6.5 million per 30-second ad. It is estimated that 36 million American households watched the Super Bowl this year, meaning that more than one in four U.S. homes tuned in for the clash between Rams and Bengals.

Founded in 1993 in a spare room by Carmen Rad, then a 26-year-old expecting mother, CR&A Custom has become one of the leading large format printing companies in the United States.

Hard work, determination, and a relentless pursuit of excellence brought the company created by Carmen and Masoud Rad from printing hats and hoodies for local start-ups to working with some of the world’s biggest brands.

Fittingly for a company based in one of the sports capitals of the world, CR&A’s portfolio includes projects featuring some of the most prominent teams in Los Angeles, such as the LA Lakers and the LA Kings.

Whether it’s a Valentine’s Day celebration or the Super Bowl, at CR&A, we approach all projects with the same unyielding commitment to quality.

Are you ready to take your event to the next level with signage that makes an impression?