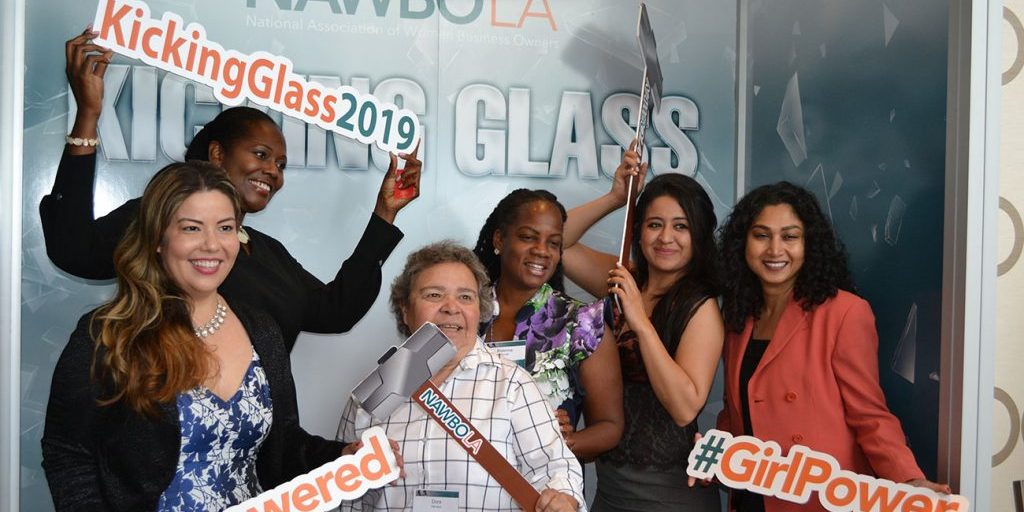 It’s Women’s History Month, and at CR&A Custom we celebrate by looking back at a project that highlights the importance of breaking the glass ceiling, one of the greatest obstacles holding back the professional advancement of women around the world.

Every March, the United States commemorates Women’s History Month, a celebration of the economic, social, and political contributions that women have made, and continue to make, to our society.

The origin of this observance can be traced back to a weeklong celebration of the achievements of women organized by the school district of Sonoma, California, in 1978.

Other presidents renewed the proclamation until 1987 when Congress declared March to be National Women’s History Month from that point forward.

In 2019, we took on a project geared toward promoting gender equality through the power of visual symbols.

We created a series of cutouts and prints for the 33rd Annual Leadership and Legacy Awards Luncheon organized by the National Association of Women Business Owners – Los Angeles (NAWBO-LA).

NAWBO is a non-profit educational foundation whose numerous achievements include helping pass the Women’s Business Ownership Act in 1988.

There’s no doubt that this was an important step in the process of ensuring greater equality between women and men. However, many issues persist to this day.

Perhaps the best example of these obstacles is the so-called “glass ceiling,” a term that refers to the invisible barrier that prevents women and minorities from obtaining upper-level positions in their organizations.

Leveraging the Power of Visual Symbols

Note that while the idea of a glass ceiling is a metaphor, the phenomenon is real, well documented, and backed by data.

With this background in mind, it made sense to raise awareness of the glass ceiling by using a visual symbol that is equally powerful and attention-grabbing.

We created cutouts in the shape of hammers that symbolize the strength and conviction necessary to break discriminatory patterns.

During the event organized by NAWBO-LA, attendees posed for photos and selfies holding the hammer cutouts in a special booth decorated with plastic that simulated broken glass and graphics that read “Kicking glass.”

Other cutouts displayed hashtags like” #Empowered”, “#GirlPower,” and “KickingGlass2019.”

This project is an interesting example of how organizations can leverage the power of visual symbols to galvanize their audience into taking action for a worthy cause.

All the graphics shown here are fast to produce, cost-effective, and ideal to create a viral effect with the potential to take your ideas to thousands (if not millions) of users.

Invariably smiling in all the pictures, attendees shared their photos on their social media profiles, giving even greater exposure to the message and showing that people can come together to create change while having some fun along the way.

As a company led and co-founded by a woman, gender equality is one of our core values at CR&A Custom.

We believe that visual communication is a powerful medium — so powerful that it can contribute to bringing about positive change.

To commission a project or learn more about our philosophy and values, contact us today by email (info@cracustom.com), telephone (213-749-4440), social media (Facebook, Instagram, or LinkedIn), or through the live chat on our home page.

How To Create a Show-Stopping Christmas Window Display
November 3, 2022

Can Vinyl Banners Get Wet? and Other Common Questions About Vinyl Banners
October 25, 2022
Go to Top
GET A QUOTE TODAY!